There’s a group of loosely affiliated models, photographers and other creatives in and around York all with an interest in the alternative culture, that have been brought together on Facebook by one of those one word name, big personality people.

The whole world knows about Madonna, Prince and Lulu, but in York they have Womble.

Womble had arrange a group shoot to start at Thomas’ Bar in York working in an upper floor room then moving on to an external location.  As with all these types of events, attendance remains fluid right upto the last minute, so when Linda and I arrived we had no idea who we would be working with.

It turned out to be quite a small select group, Womble, himself a model was already there with Belladonna Black and we were soon joined by photographers Glen Nelson,  Tom Whipp and Gio Pasta who brought along model Avelyn Fia and Bella, working makeup for the day.

It was probably fortunate that more didn’t show up, (though I don’t think you can ever have ‘too many’ models) because the space we had was quite small and it turned out we would be sharing it with bar staff who passed through frequently passing to and from the kitchen and other staff areas.

It was interesting to compare the different styles adopted by the other three photographers, and I have to admit to being just a little jealous of the smaller lighter bags in which they carried their lighting gear.  They had chosen speed light based kit which was much smaller and lighter than the Elinchrome Quadra gear I was using.  Not that I was complaining, particularly as this was the first time I’d had the opportunity to use my latest purchase, a standard flash head to complement the ring flash that has become my staple for fill lighting and of course as main light for those fashion style shots.

I’ve often seen and been envious of commercial photographers that have several assistants that they put to work as lighting stands, holding the relatively lightweight flash heads associated with studio flash generators, something that is impractical with the much heavier monoblock lights I use in my studio.  So I was delighted to have Linda there to hold the Quadra head with its grid spot or soft box, and the stand I had lugged through York was left under a table, unused.  I could get used to that 🙂

Sadly we had to be elsewhere at the end of the afternoon, which meant we couldn’t stay with the others when they moved on to the second location.  Something which particularly peeved me when I saw some of the shots they got there 🙁 but we had a fun day and got some pix I was pleased with, so a good result.

Thanks to all concerned and particularly to Womble. 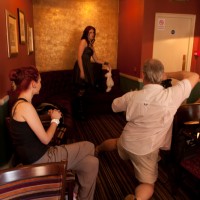 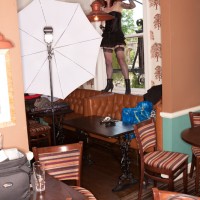 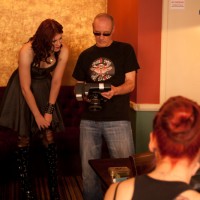 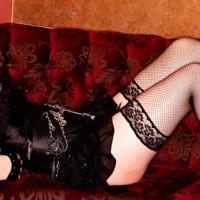 Click here for some more images from the shoot

It was an eventful day as usual, good to see Ian and Linda there, such a shame they had to leave before we moved on to a derelict site, much more room to play with.

I am in no doubts that Ian and myself will shoot one or two of the models again,

I feel another collaboration coming on Ian!!!.

Yes I’m with you there Gio 🙂

Think we all got some good shots, and from what i can see we all interpreted, the scenes in different ways, hope to meet you all soon !

The Thomas’ Bar shoot was a hoot and it was really good fun shooting with you Ian. I am hoping we can collaborate again soon! Loving the shots. Av 🙂

Thanks Avelyn – I’ll be in touch soon 🙂