Jodie has been modelling on and off for years, but has recently decided its time to raise her profile and explore where it could take her.  That brought her to my attention and I was delighted to be able to book her for a mixed shoot covering my projects and her portfolio work.

She arrived with a wheelie bag stuffed with great clothes and a really good cross section of styles.  She actually seemed quite embarrassed when she pulled out a par of 6inch heels that could have been the definition of ‘bling’, but then she went on to suggest a look that would make the most of them and I was sold straight away.  I love it when the model has really thought about her wardrobe and can suggest what could work together.

After changing and tweaking makeup with Linda, Jodie walked down the stairs into the camera room with the sort of confidence I associate with professional models.  A good sign 🙂  and I knew after the first dozen shots that this was going to be a good shoot.   I wasn’t wrong  🙂

My project sets can be quite demanding and the poses quite difficult to master, but despite my sometimes less than perfect direction, Jodie delivered and even when I didn’t explain well enough first time, the pose she delivered worked for the shot so I got more than I was asking for.

Predictably, the shoot ran longer than I had planned but Jodie showed no signs of flagging and was eager to get the perfect shot in each set and move on to the next.  Ok perhaps that did have a little to do with the fact that she had a chance to grab another biscuit each time she went back upstairs to change, but there’s no knocking her professional approach.

As always the smooth running of the shoot had a lot to do with Linda acting as stylist, studio assistant and host and still she found time to shoot some off-angle pix to give the shoot that little extra diversity.

I would happily have worked on into the evening, but life got in the way and I had to call a wrap, but not until Jodie had agreed to a couple more shoots to catch some of what we didn’t get to and to work on a location idea Ive been toying with for a while – watch this space. 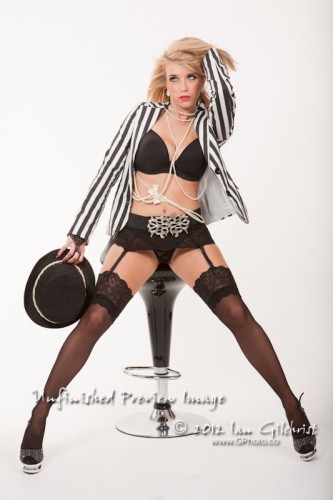 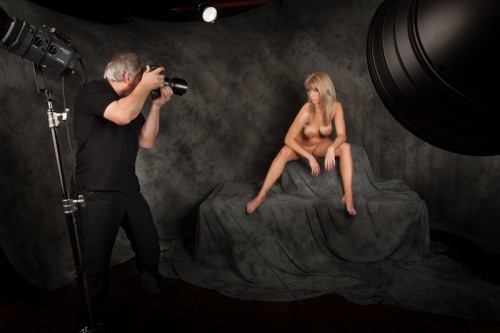 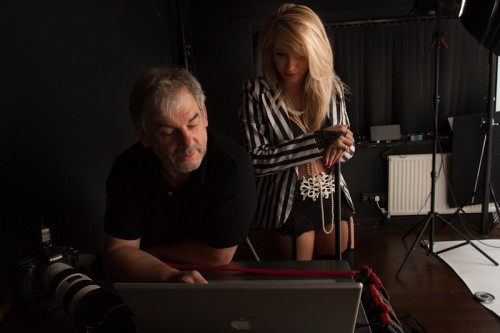