My personal projects at the moment are all about the nude.

In more than 35 years of photography, I have involved myself in most of the disciplines that are accessible to the photographer that don’t involve  specialist access or equipment.

Like probably the majority of photographers, The most common subject for my cameras has been people.  Formal portraits, PR work, weddings, fashion, sports I’ve done it all at one time or another, but despite having an enduring admiration for the work of Jean Loupe Sieff, Bob Carlos Clarke, Silvie Blum, Andreas Bitesnich and their peers, I never took on the challenge of the nude.

Now in my third age second coming to photography that’s all changed.

The Nude In Portrait

When I decided to take on the challenge it seemed to make sense to start with something familiar.  I’ve made a portrait or two in my time, and it has always fascinated me that people paying me to make their portrait were typically more concerned with  having on the ‘right’ clothes and projecting the ‘right’ image, than with recording who they actually are.

Clothes make the man. Naked people have little or no influence on society.

Was he right?  The question became Can I make portraits of obviously and unashamedly naked people, and not only have them regarded as something other than a titillating societal aberration, but also imbue the sitter with status in the eyes of the viewer, something almost never accorded to someone with the ‘misfortune’ to have been ‘caught’ without their clothes.

The Nude in the Environment

My second project, The Nude in the Environment, has a much simpler and less pretentious origin.

I think there are very few locations that can’t be improved upon by the introduction of one or more aesthetically pleasing naked forms.  Given that, It would be remiss of me not to take every opportunity to make that improvement and record the outcome 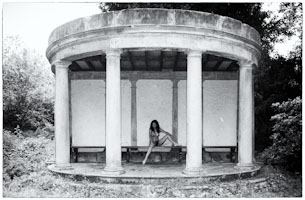 The Black and White Nude in the Environment 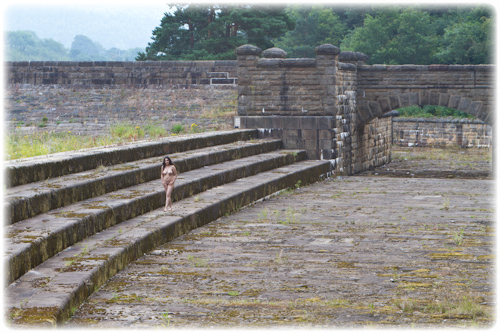 The Nude in Colour in the Environment